Midtown Indy’s Year in Review, Capping off a Decade 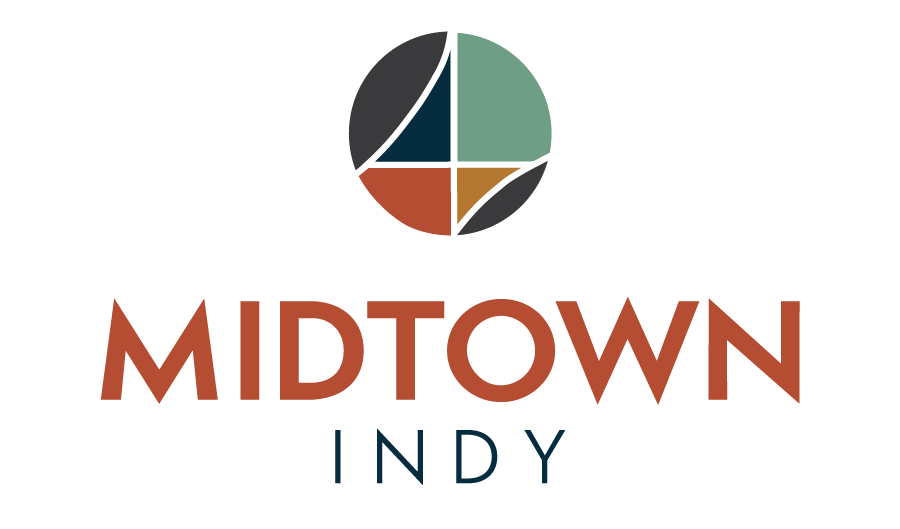 Calendar year 2018 has been one heck of a tenth anniversary for Midtown Indy, and that’s despite receiving not a single gift of tin, aluminum, or even diamond jewelry. Although… there is aluminum built into the Tarkington Park performance shelter completed this summer, and there are tin soup cans lining shelves of the Under the Sun Market that opened in the spring, and one lucky Holiday Home Tour attendee may very well have used her Petite G Jewelers gift card for diamond jewelry this fall, so nevermind that caveat; It’s simply been a great year!

In early spring we teamed up with the Indianapolis Parks Foundation, MLK Community Center, and Mapleton Fall Creek Development Corporation to submit a response to the City’s programming and event management proposal for Tarkington Park. Aside from simply maintaining the park, activating and energizing the space is a big job, and we’re up to the challenge. This park is THE central gathering place for families in the four Maple Crossing neighborhoods of Butler Tarkington, Crown Hill, Mapleton Fall Creek, and Meridian Kessler, and we want to ensure it stays that way. Stay tuned in 2019 as we work with the City to see if our neighbor-focused plans come to fruition. Regardless, a first annual Tarkington Park Summer Kickoff Festival planned for early June will be a way to get the park poppin’ and ready for summer. More on that in 2019. 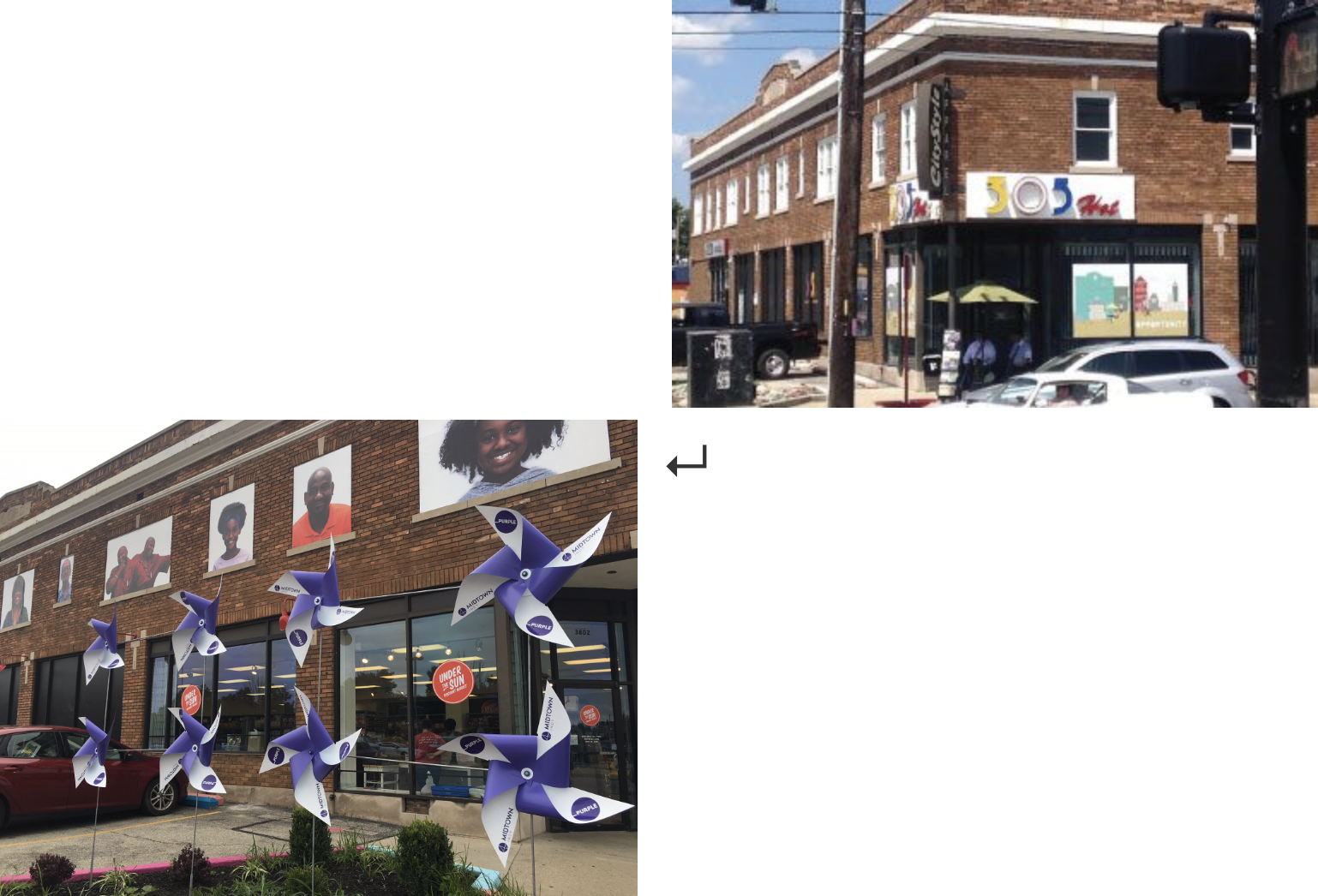 Spring of ’18 also saw plenty action at the Concord Building at 38th and Illinois. Through a combination of loans, grants, and some incredibly generous investment, we made major interior and exterior improvements to the building. We upgraded and secured the HVAC, overhauled lights and signage, added landscaping, and totally revamped both the east and west suites.
Now the building features Asista Tax Service and Under the Sun Market. 2018 also saw the installation of some Midtown faces and places as part of an artistic upgrade to the blandness of the corner traffic signal box. 2019 will bring, at a minimum, a second generation of the façade art installation, tuck pointed exterior masonry, building security upgrades, and continued efforts to secure safer pedestrian crossing of 38th Street.
Into the summer we lent our active support during the Broad Ripple Park master planning process and are happy to serve as an organizational advocate for the final plan. We also saw the Midtown Economic Council-backed tax increment finance (TIF) district benefit Broad Ripple’s River House complex and realize benefit from new developments. The TIF could potentially help support the artful pedestrian safety barriers planned for installation along parts of the College Avenue Red Line BRT corridor as well.
At our tenth anniversary Midtown Momentum Luncheon we featured speakers highlighting the need for increased economically mobility, which is in essence realizing the American dream. We were inspired and hope our attendees were too. Thank you again to those that sponsored and attended! 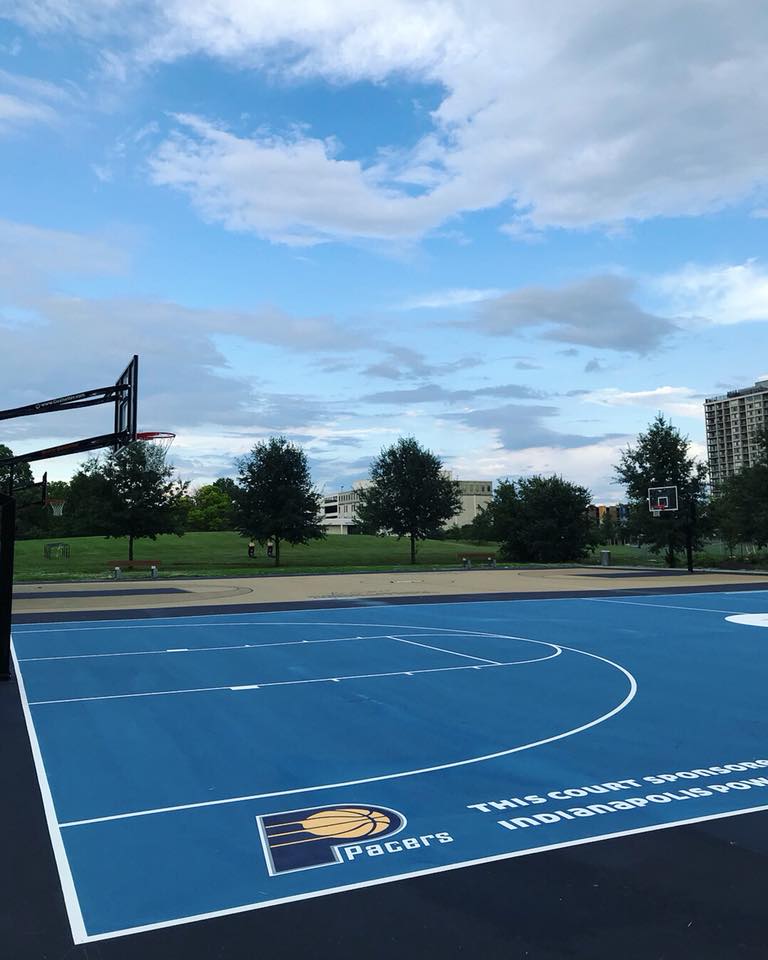 Summer in the park featured the opening of the two full basketball courts and the long-awaited completion of the Tarkington Park performance shelter. To celebrate that completion, we featured our first movie in the park, Black Panther, in front of a crowd of hundreds creating one of the most magical nights in Tarkington Park.
During the fall, Midtown Indy played host to a very forward-thinking group of community builders comprising the Anchor District Forum. The Forum is a convening of community services and development groups similar to ours from cities across the country. With the help of local sponsors, we showcased downtown development, Maple Crossing wins and needs, and the benefits and challenges of anchor groups like our Midtown Anchor Coalition (MAC) comprised of Butler University, Crown Hill Heritage Foundation, Newfields, Citizens Energy Group, Butler Tarkington Neighborhood Association, and the International School of Indiana. 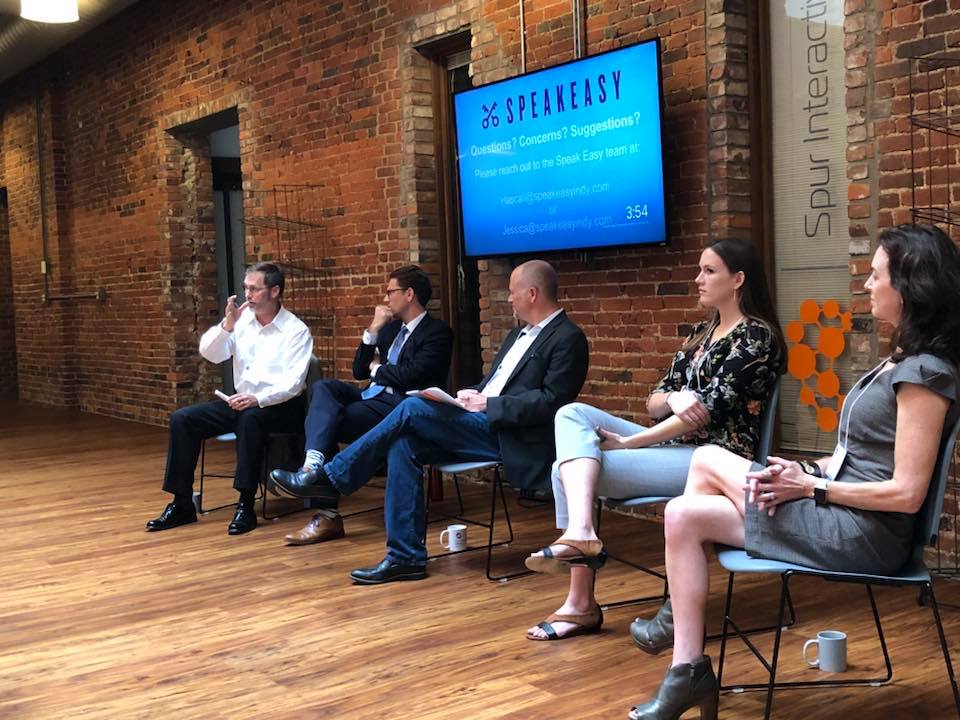 We helped MAC members renew matching funds for a second year of down payment and home repair assistance from INHP. This Anchor Housing Program enables employers to incent employees to work and live nearby, the latter of which is becoming more and more achievable due to the incredible home building work of NNDC in the Crown Hill neighborhood. We also pushed efforts that ultimately landed the south Butler Tarkington census tract on the governor’s list of Opportunity Zones. 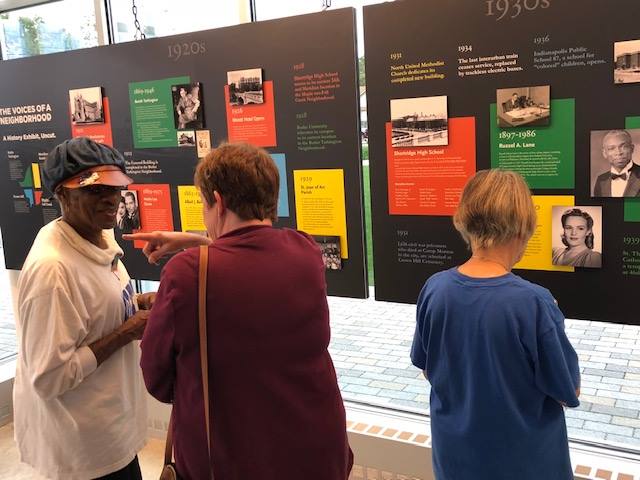 To cap off our fall season, we premiered the highly anticipated Voices of a Neighborhood history exhibit. This ever-evolving exhibit highlights some downplayed, overlooked, largely black history from the four neighborhoods that intersect at the heart of Maple Crossing. The event featured a well-designed exhibit, resident interview and recollection videos, speeches from public figures and neighborhood leaders, food and drink offerings from local businesses, and recordings of reactions and additions. We plan to continue to cultivate and display the exhibit. 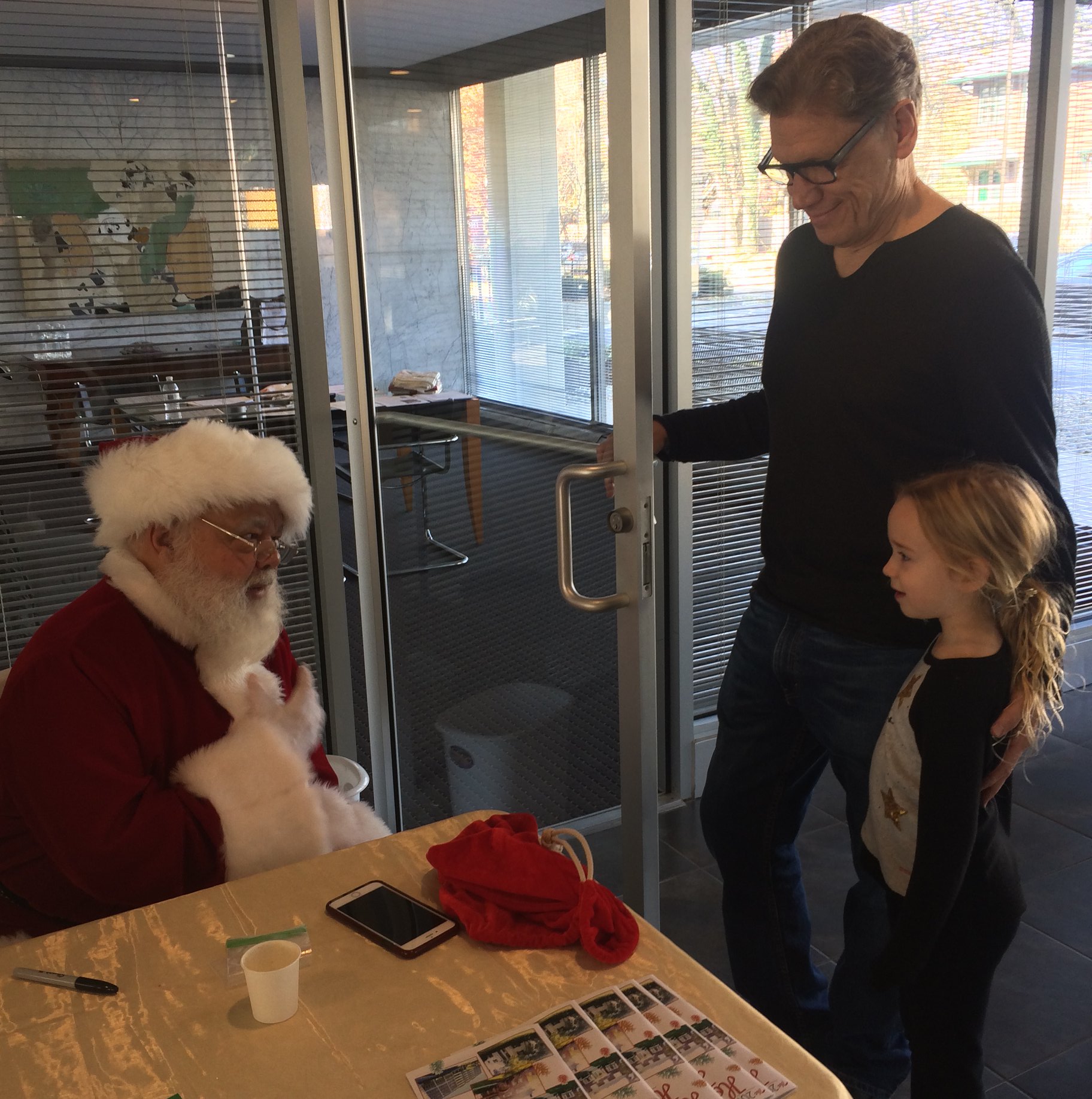 Late fall brought our largest annual to-do, the Midtown Holiday Home Tour. And what a to-do it was! From the festive homes (and patient homeowners) to the tasty treats, this ninth annual tour was one to remember. Importantly, it helped Midtown Indy raise sustainability funds to help with programs, projects, and placemaking. Thank you once again to all who made it such a success!
Speaking of success, we’re very proud that our Parkside at Tarkington tax credit application was successful! Parkside at Tarkington is a redevelopment of the former United Way building at 3901 N Meridian. It will bring mixed income senior housing and services to the eastern edge of Tarkington Park, steps away from a principal bus rapid transit station.
As for what else is to come in 2019, we’re excited to see what becomes of our Tarkington Park management bid, we’re already lending support to inspirational local business startups like Haven Yoga Studio, we’re hugely supportive of the MLK Center’s Best Buy Teen Tech Center and the creative artistic and technological opportunities it brings, and we’re eager to see our newly formed relationship with the Monon Track Club grow. 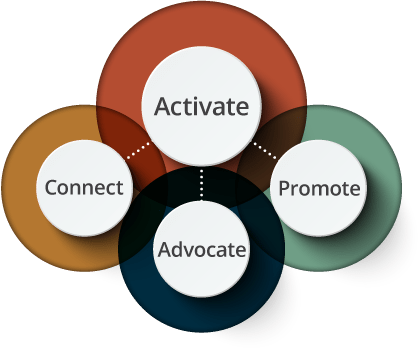 —
None of this is possible without YOUR support. It’s invested neighbors like you that make our work possible. Whether you’re a single person or you represent a large business, we rely on you to help us help Midtown. It’s neighborhood champions like Ann Stack and her dedication to a sustainable Concord Building, and it’s investors like Chapman, The National Bank of Indianapolis, Elizabeth Marshall State Farm, and WhiteHot Marketing that keep us working in impactful ways. That’s work that includes everything above and so much more. Help us continue to advocate for, revitalize, appropriately develop, connect, economically mobilize, and energize our Midtown home. Make your year-end donation to Midtown Indy today, and thank you!