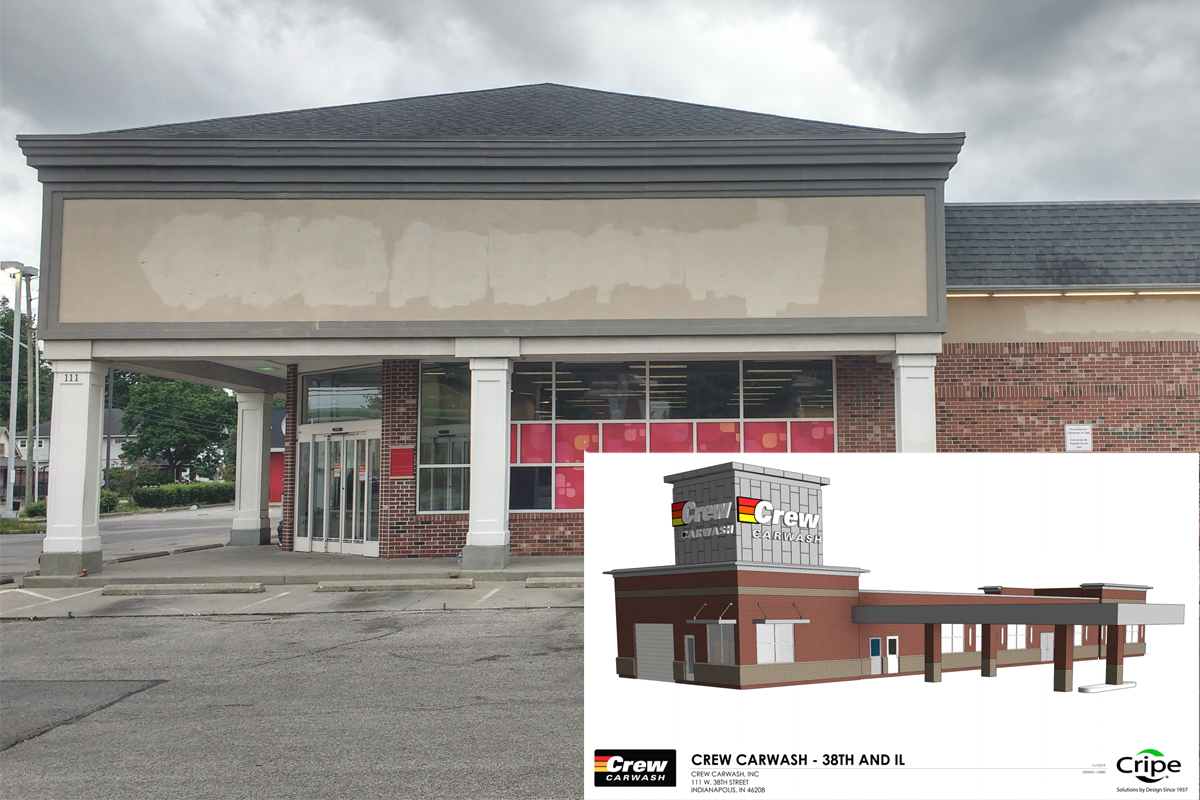 
CHNA issued a statement which read in part:

“The Crown Hill Neighborhood Association (CHNA) has worked diligently to inform the community about this development, since mid-May, when we first heard of the project. We have used several methods including: CHNA Land Use Team – Meeting with Crew Representatives (which was arranged by Midtown Indy), CHNA Virtual June Neighborhood Meeting, an Open house (organized by Crew) at the site in question, social media, emails, etc. Through this, we have heard support for the project but, one concern continues to come up time and again, is the impact on traffic. After talking with our partners mentioned above, and the petitioner, Crew Carwash, we are asking for a continuance to be able to fairly discuss and address the issue mentioned. We as CHNA do not take this lightly and want to make sure that we are do our due diligence, to stand as the voice for our community. We look forward to continuing to not only work with these community partners, and Crew Carwash but also, the City of Indianapolis to hopefully come to some resolution.”

The new hearing date is July 15 and will take place in front of the full Metropolitan Development Commission. Crew Carwash attorney Timothy Ochs has reached out to the City of Indianapolis Department of Public Works (DPW) to facilitate a meeting to discuss traffic congestion options. City-County Councillors John Barth and Duke Oliver are actively involved in the discussions.

The continuance was prompted by community feedback during the CHNA’s virtual monthly meeting, June 16 [PDF] and at a June 18 public open house hosted by members of the development team on the site. Residents of Butler Tarkington, Crown Hill and Mapleton-Fall Creek neighborhoods along with Midtown Indy staff have taken part in the discussion.

Crew Carwash is looking to spend upwards of $5 million to redevelop the former CVS site at the southwest corner of 38th and Illinois. During his June 16 presentation, Crew’s director of real estate and development Justin Furr said, “We want to be a good partner to the neighborhood.” Furr said that under the current C-4 zoning, a carwash is permitted on the site, however Crew will be asking for variances in order to allow the company’s site plan to succeed.

Crew’s attorney, Timothy Ochs added that his client will also seek modification of commitments that were made in 1998 to allow CVS to build on the parcel. Those commitments require adherence to site plans for a pharmacy only, so Crew will ask to terminate all of those commitments to provide for the proposed carwash and file new commitments.

Community discussion during that virtual meeting focused on motor vehicle congestion. Children live in the 3700 block of Kenwood so participants expressed concerns about additional traffic through that residential neighborhood.

During morning and evening rush hours, the 38th Street corridor is packed with cars and evening rush hour is particularly crowded on Illinois. Neighbors pointed out that access to the carwash from these busy thoroughfares will be problematic. While Furr expressed a willingness to explore ways to limit impacts on Kenwood and Illinois St., he stated that adding an entrance to the carwash along 38th Street was not an option.

Other community questions centered on security. Furr showed a security lighting plan that insures the site is well lit during hours or operation that run from 7 a.m. – 9 p.m. seven days a week. “We also install state-of-the-art video surveillance and hire private security during off operating hours,” he said.

In response to additional community questions, Furr added that the company tries to hire from local neighborhoods but made no firm commitments. He also said a new landscaping and irrigation system would be installed and a regular maintenance program established. “We take great pride in maintaining our sites,” he said. 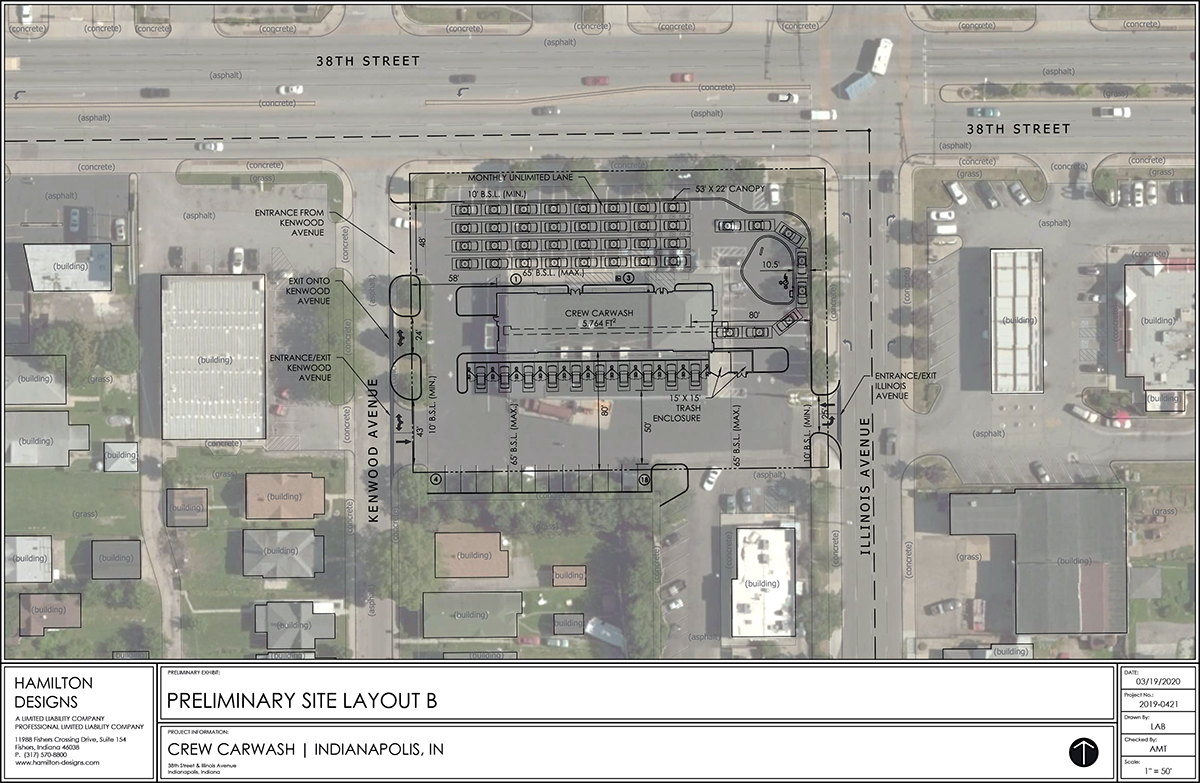 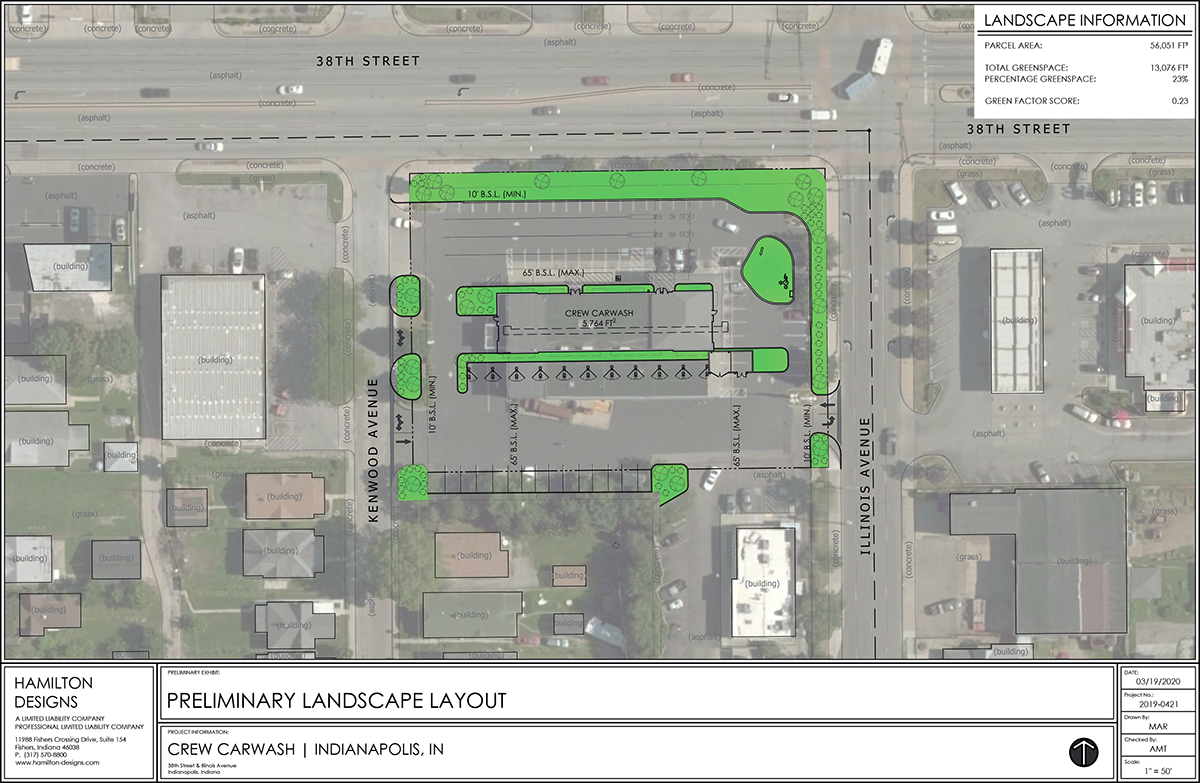