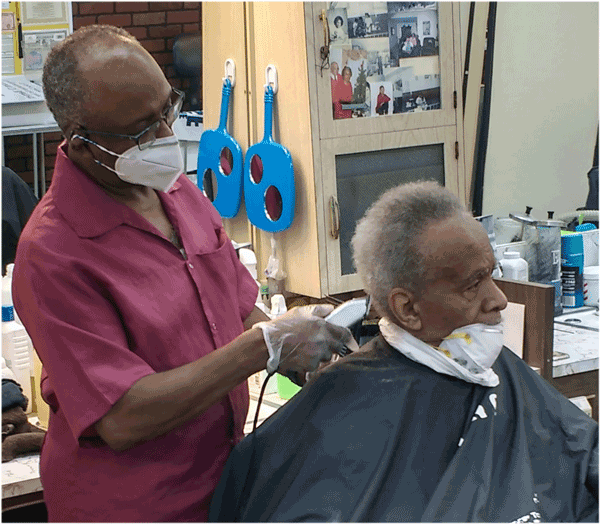 After 54 years as a barber, Bill Barnett packed up his clippers on Friday, June 12, and walked out the door of Cheatham & Moore Barber Shop and into retirement.

“I’ve been here 41 years at 3828 N. Illinois,” Barnett recalled one morning during his final week at the shop. “Oh, yeah, I’ve seen a lot of changes.” The Standard Grocery that used to be across the street is now a parking lot, and the Double 8 down the block is slated for redevelopment. Oddly enough, one thing that hasn’t changed much is hairstyles. “After you’ve been in the business for a while, there’s only so many styles you can do,” he said. “A lot of styles go and come. They’ll stick around for 5 or 10 years then eventually leave and another style that was around will evolve.”

He mentioned blow downs and covatis—older terms for styles still popular today. “You learn a lot in school to get results you need. I use different blades to blend hairstyles into whatever style the person wanted,” he said.

Barnett said he got interested in the trade when he visited an uncle who was a barber in his hometown of Fort Knox, Kentucky. “I used to go down and shine shoes at the barbershop in the Fort Knox PX and my uncle would give me his old clippers. I would cut and shave my buddy’s hair and that’s how I got started.”

He moved to Indy, where he had relatives, and learned the rudiments of his craft at Polo Barber and Beauty College, located at the time at 30th Street and Central Avenue. “The whole thing is gone now,” he said. After graduating, he completed a one-year apprenticeship, obtained his master barber license, and worked at a couple of barbershops before landing at Cheatham’s North Side Barber Shop on Clifton Street in 1968. 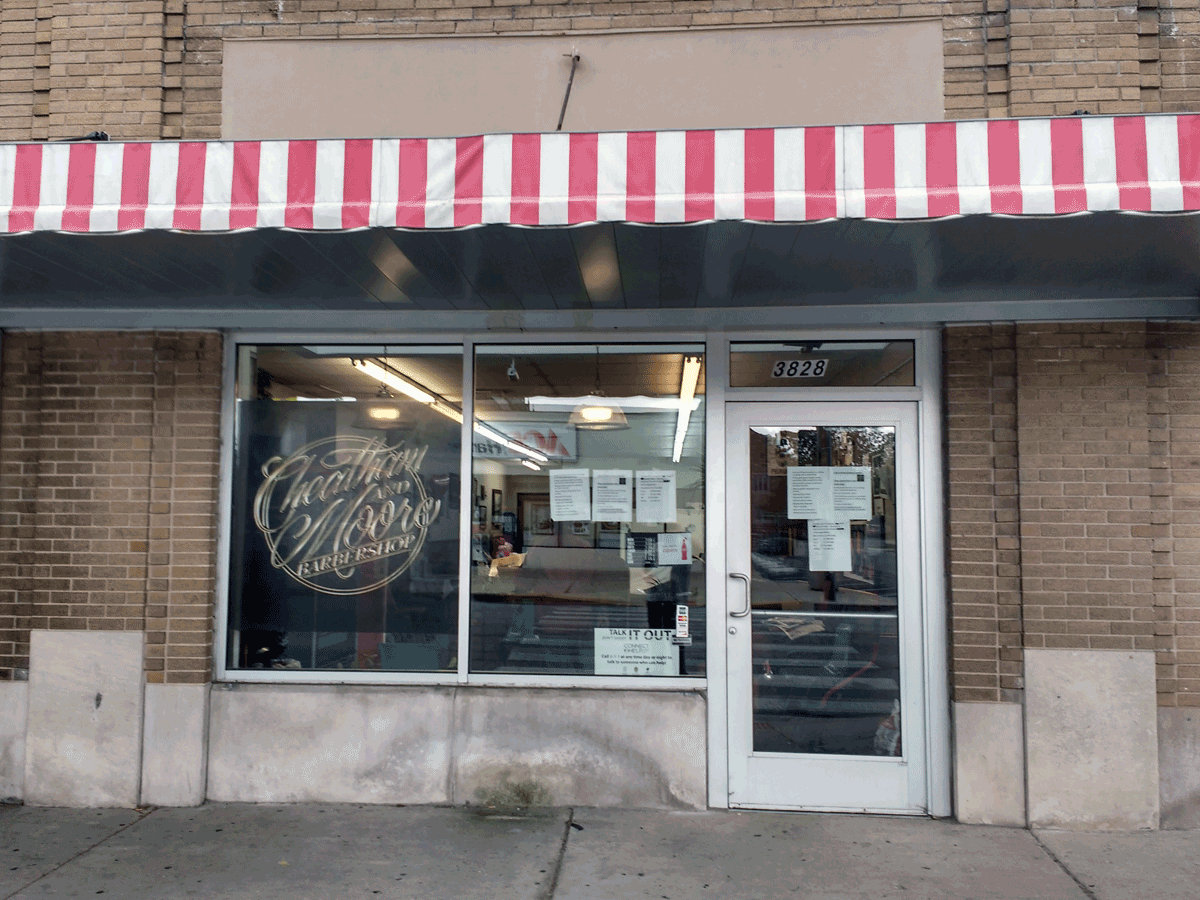 “When Mr. Barnett leaves, it’s going to be difficult to replace him,” said Leodis Moore Sr., who started working at Cheatham’s in 1967, a year before Barnett arrived. Moore bought into the business in 1999. “Cheatham & Moore Barber Shop is an institution,” he proclaimed. “We have a strong customer base—generations of customers, some of whom we’ve been working on for 20, 30, 40 years,” he said.

But none of that mattered during the COVID-19 public health emergency. Despite the close community ties, government considered barbershops to be “nonessential.” Having to close up for two and a half months was devastating to the small business.

Fortunately, Moore said he was encouraged to apply for an Indianapolis Small Business Recovery Grant for Minority, Immigrant, and Women-Owned Businesses, sponsored by Local Initiatives Support Corporation. “We got the application April 1—I thought it was an April Fool’s joke,” he said. “Michael McKillip at Midtown called me and told me to put it in on that date so we did.” On June 8, Moore learned that his application for the $5,000 grant was successful. “It’ll be a great help,” he said.

For Barnett, the COVID-19 layoff gave him time to think seriously about retirement. “While we were closed I got used to not going to work,” he said. He turns 74 on Nov. 1, and remembered his early years in the trade. “When I started out, I saw a lot of older barbers stay around and their eyesight or legs or feet began to fail. I decided then I didn’t want to stay around to the point where I couldn’t do good work.”

He suffered a concussion in a 2017 auto accident. “After that I have headaches from time to time and can’t stand bright lights,” he said. Family and friends urged him to step down. “I was doing good work and when the virus came on the scene, I got to thinking, ‘Well, I’ve been at it this so long and haven’t had any major issues, so maybe it’s time to start backing away.’” He added, “My wife passed on Aug. 17, 2015. She was going to retire in December 2015 but she didn’t get a chance to, so I started thinking about that, too.”

If his actions during the COVID-19 shutdown are any indication, he’ll find plenty to do. “I was fine for about two and a half weeks and rested.” But he got antsy and started to look for projects. “I did some painting, trimmed hedges for my neighbors, stained a deck for my daughter. I was able to stay busy,” he said. “After a while I got to thinking, I can get up at 8 a.m. and lounge around and see what I’m going to do today. It felt good to be able to do that.” 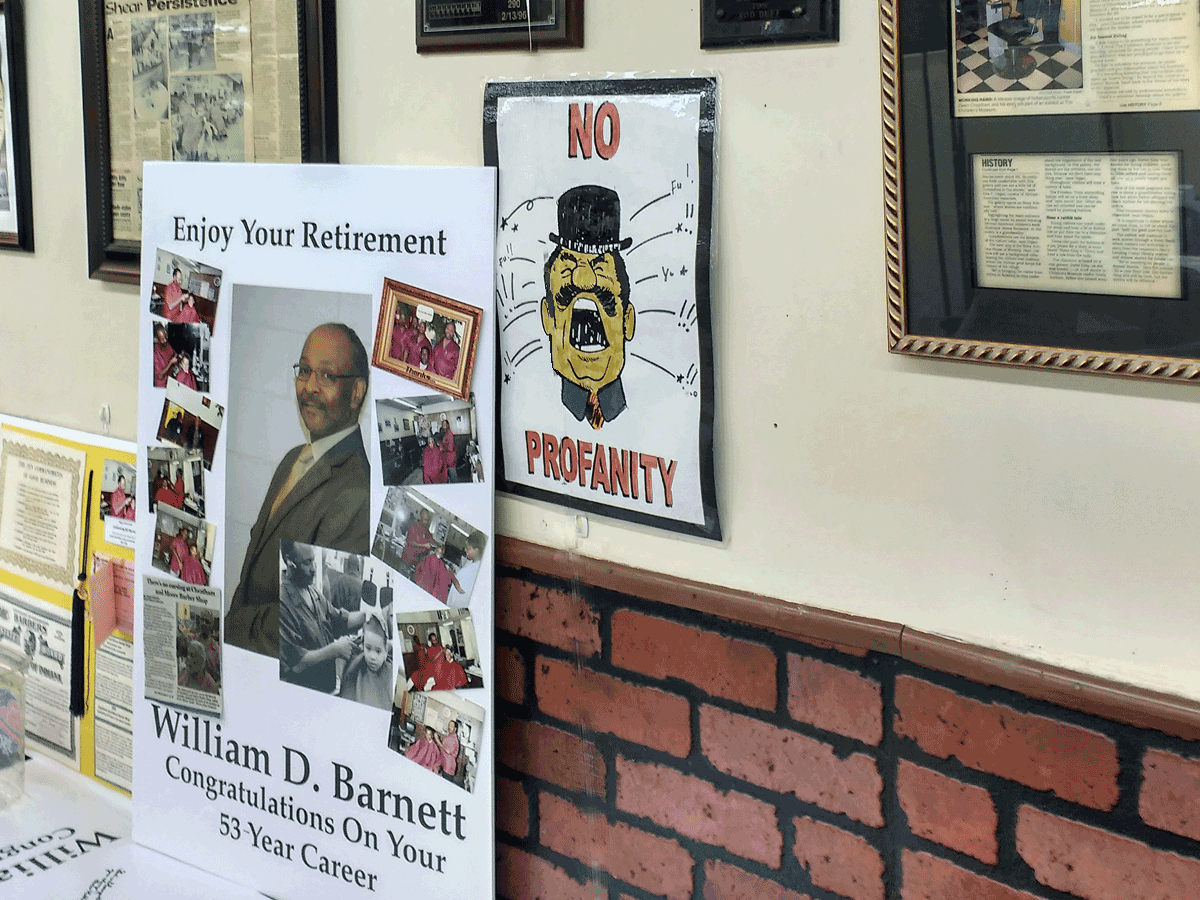